Q: Who you are and what is your background with dogs?
A: My name is Dag Løken. I am the owner of the Tiny Jewels pomeranians in Norway, founded in 1990.
I have always loved dogs and used to walk dogs for others as a child. I got my first pomeranian as a 14 year old in 1986, an import from Sweden.
My friend, the well known Laila Westeng with maltese was an active exhibitor even back then, with poms and borzois too. I used to go with her to dog shows, dreaming of showing my own dog one day.
My first 2 dogs turned out to be much loved pets. Searching for a new dog however, I was more focused on what to look for – and was willing to wait for the right breeder and the right dog for me!
I had been studying a lot, reading about the breed, the different breeders more or less worldwide, looking at photos and pedigrees, visiting dog shows AND a few kennels. I saved everything I could find about the breed.
The famous Ingela Gram, kennel Foursome understood what I was looking for and helped me get in contact with the great breeder Gunilla Edgren, kennel Tom Puss in Sweden.
I remember well going to this kennel in 1988 and meeting my dream of a puppy, Tom Puss Little Poppet O Fire, “Poppe”, that I had been waiting for over a year.
Gunilla showed her dogs, one more beautiful than the other. I was in heaven!
I was tought how to train the puppy, I took it seriously, worked hard and success came quickly. In 1992 Poppe won Pomeranian of the Year.
However, there was another dog I could not forget, Tom Puss Rom-Pom-Pom, “Lillemann”. He was a dream!
I went to kennel Tom Puss and worked there as a kennel boy every school holiday. One day Gunilla said I could have Lillemann. I felt like the luckiest boy, so happy!
He made his debut at the biggest show of the year in Norway 1989 and won the DCC under the wonderful judge Terry Nethercott. In 1990 he won Pomeranian male of the Year.
I started to look for a bitch and was fortunate to get the chance to buy a beautiful adult from a breeder here in 1990, Noble Art Greta Garbo, “Greta”, bred by Elisabeth Spillman, Sweden.
Greta won Pomeranian of the Year the first time of many in 1991. With 40 times BEST IN SHOW she is one of the top winning dogs of all time. She even was represented at the prestigious “Collare d’Oro” show in Milan, Italy in the 90’s.
A little later I imported 2 more poms from Sweden, the male Tom Puss Pride N’ Joy, “Sammy” and the bitch Tom Puss Rough And Ready, “Lisa”. Both became top winners and Lisa was my first dog to win BEST IN SHOW at an international Kennel Club show, in Stavanger 1992 under judge Carl-Johan Adlercreutz. She won the breed and group under the wonderful Borghild Moen, kennel Hotpoint. Borghils was a big rolemodel to me and she taught me a lot so it was a very big moment for me.
The dogs above more or less are the foundation dogs of the Tiny Jewels poms. Together my dogs have won over 300 times BEST IN SHOW, Pomeranian of the Year 25 times 1991 – 2018, Dog of the Year all breeds both in Norway and Denmark, Veteran of the Year all breeds, Breeder of the Year all breeds # 2, Champion of Champions x 2, Veteran of Veterans in Sweden. My dogs hold the record for winning the most EUROPEAN- and WORLD WINNER titles of all time in the breed since winning a title the first time I showed at such a show in 1996. One of my bitches even won CC at Crufts.
I have been juding some puppy- and open shows over the years. I judged a breed specialty show in Sweden years ago. I even had the honour of judging Pomeranian of the Year in the UK in recent years.

Q: You are a famous Pomeranian breeder. What is the breed like in breeding and what is your best feature as a breeder?
A: Breeding poms can be both a real joy and heartbreaking so you have to have a real passion for the breed to breed them.
A normal bitch usually gets 1-3 puppies in a litter, often even just 1. The puppies sometimes are big and don’t survive and other times they are stuck so c-section is the only option. Breeding from too small bitches will most likely end in sorrow is my experience.
When all goes well it gives you a wonderful feeling of happiness because the bitches usually are really loving and caring mothers to their puppies, and you can see the joy in their eyes.
The puppies born here are normally strong, but I’ve also had a few I had to work with day and nigh “forever”. Sometimes they didn’t make it despite the effort. There’s no better feeling as a breeder than when all goes well with the mother and the puppies!
I was fortunate to have a good mentor who thought me everything about breeding. I started with males only to learn the breed first. I went on student trips to breeders to learn when their bitches were whelping.
What I have learned is that patience is what’s most important breeding poms. A normal whelping can take from 24-36 hour from it starts until the bitch gets contractions. I can take up to several hours until the puppy is born, and it’s not unsusal that it takes 3-5 hours between each puppy born. Thankfully not all whelpings are like this. The last I had at home the first puppy came 10 minutes after the water broke, then the 2 next puppies came every 1/2 hour. So I would say that giving the bitch enough time is my best feature as a breeder, making her comfortable and relaxed. I never leave my whelping bitches, but stay by their side. 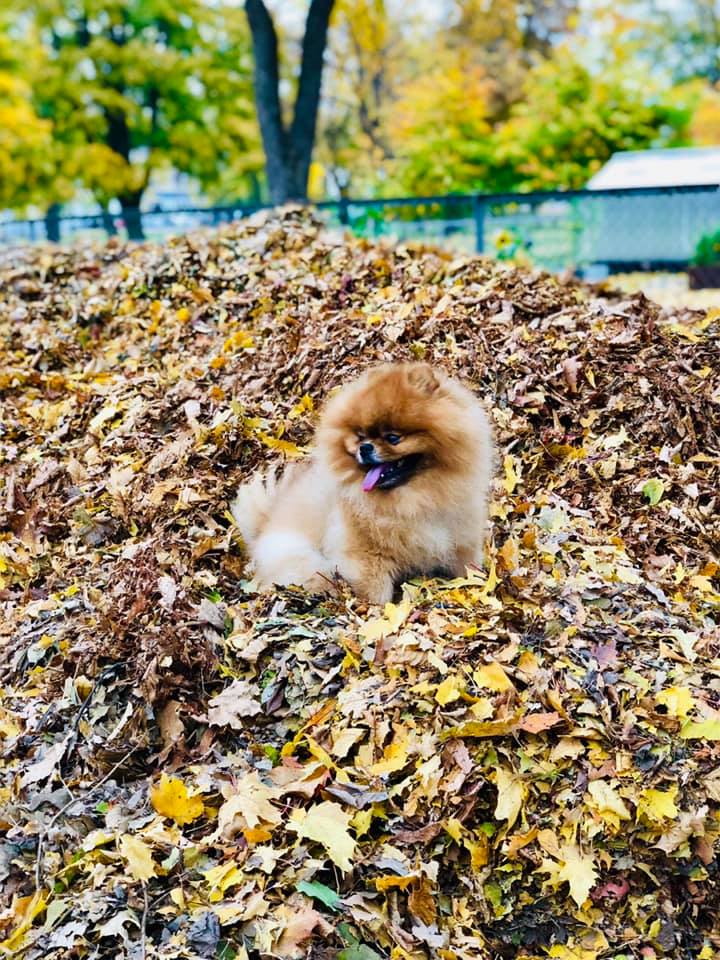 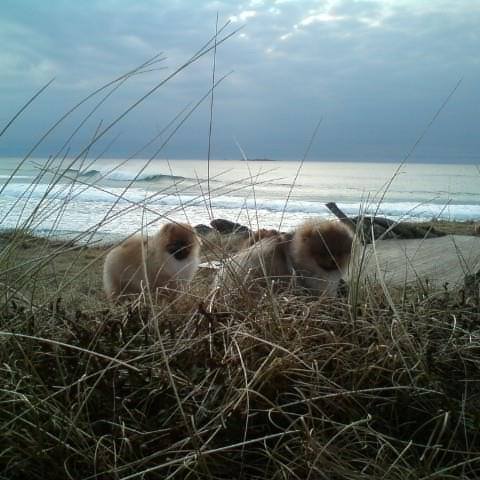 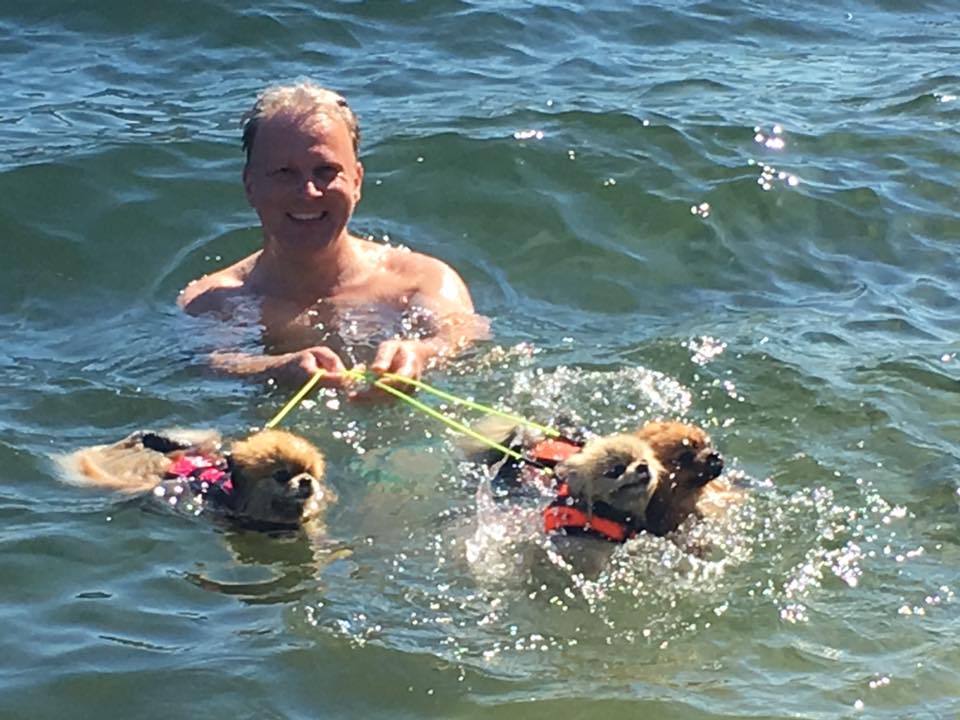 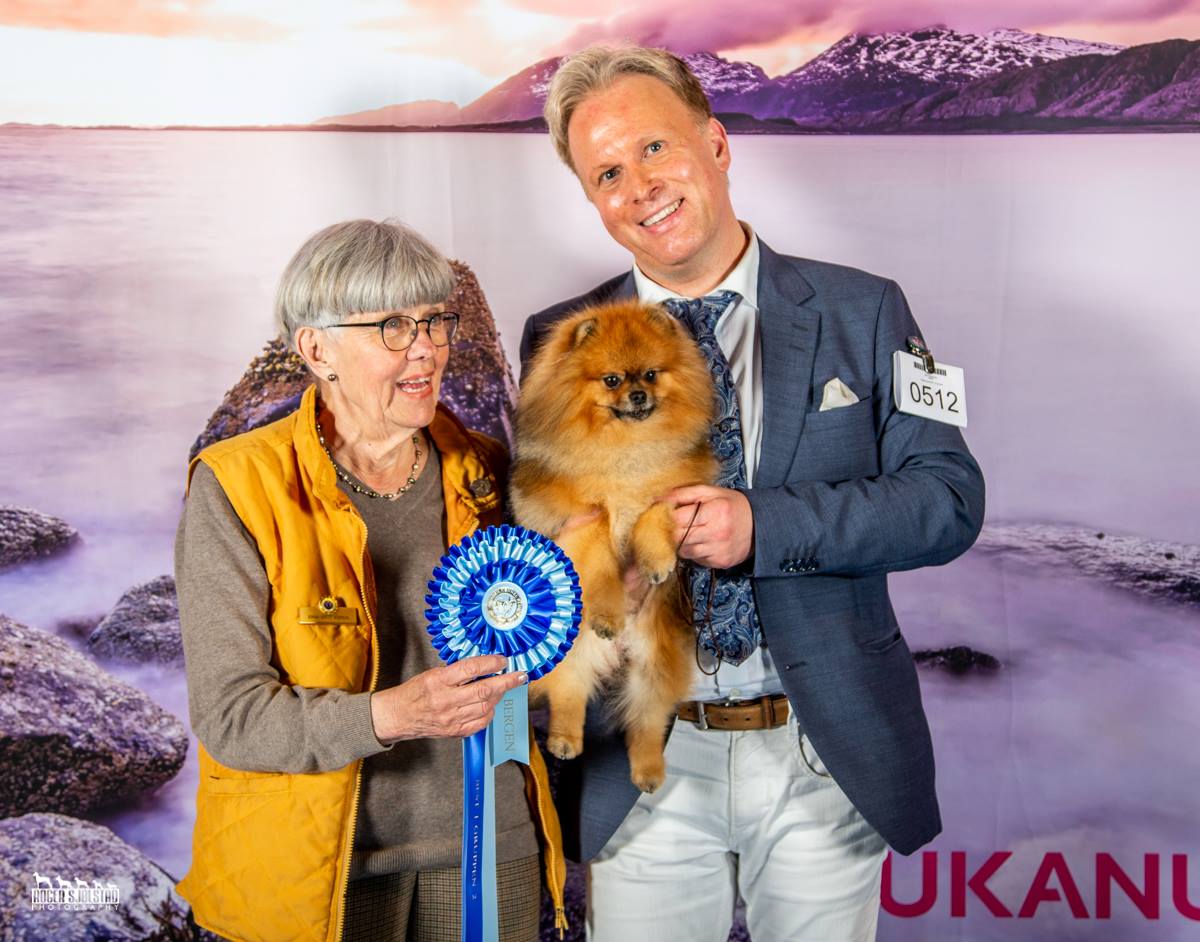 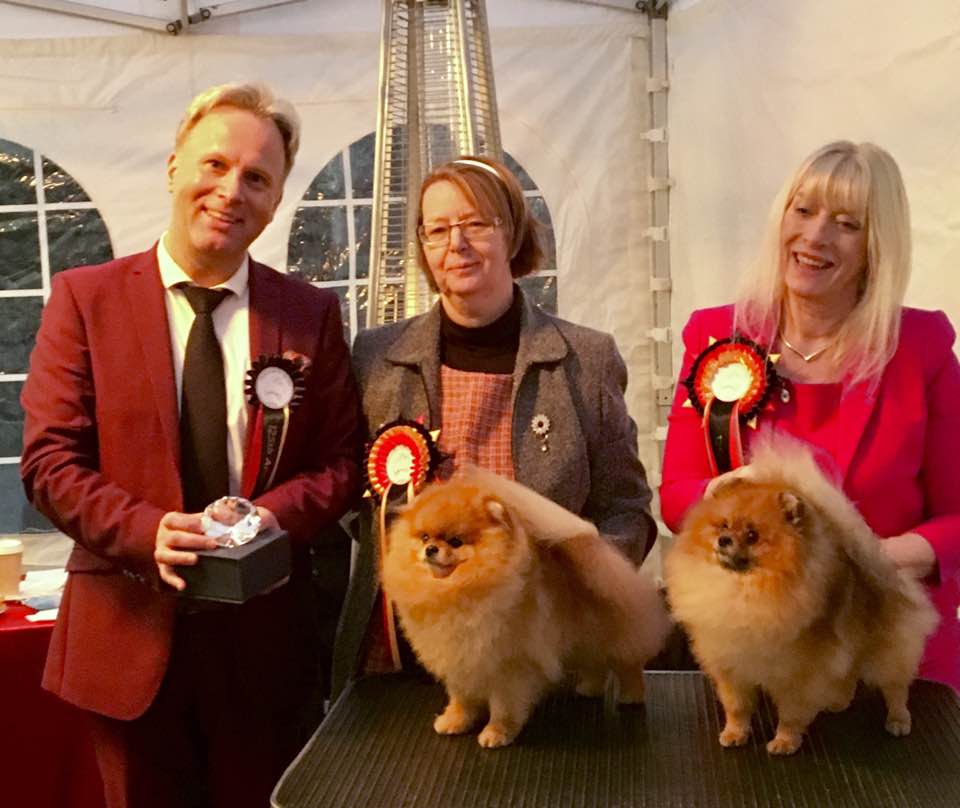 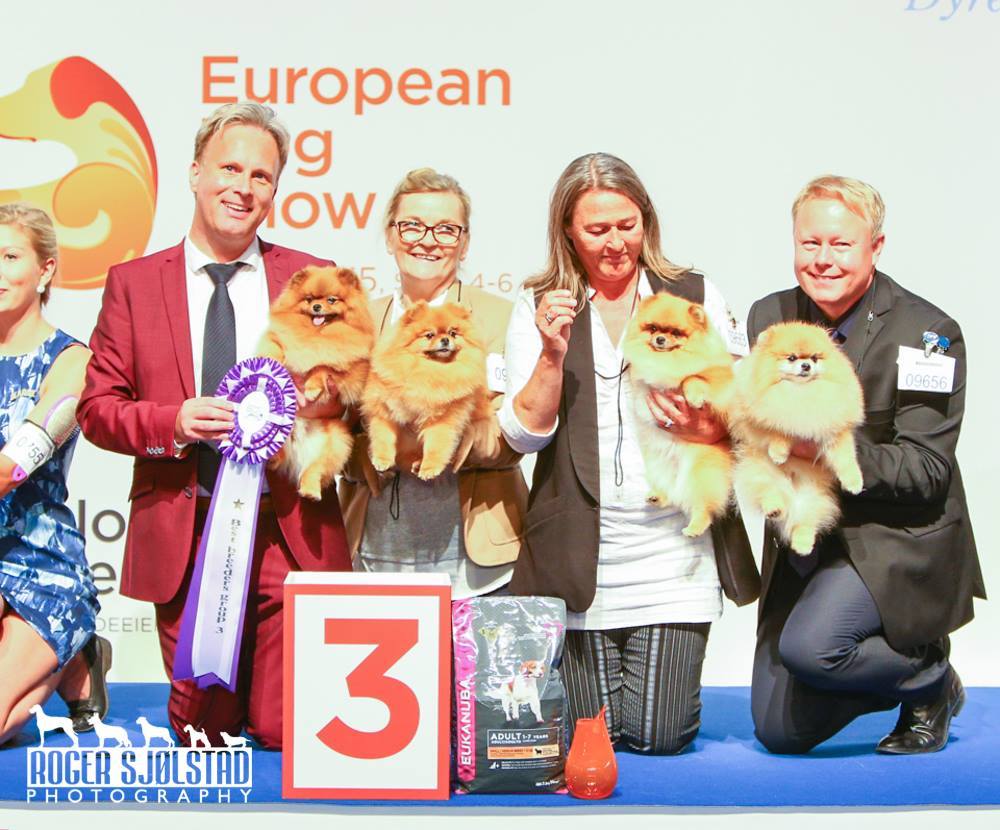